N.B: I had some fun writing this post inspired by my favourite animated characters. Brownie points if you catch all the Bojack and Rick & Morty references :) It's a nice exercise to articulate your unfiltered thoughts and add clarity, nuance, etc., to your arguments. In hindsight, this article might seem like a confused rant, which in a sense is true. But I still believe it's more than that. 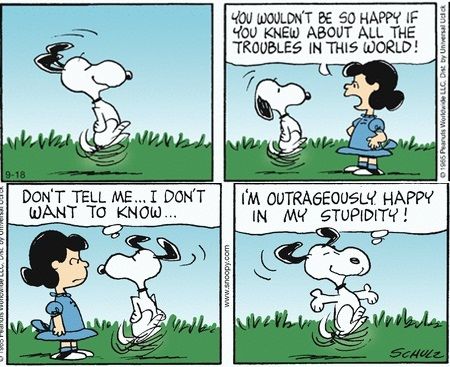 The more I read, the more I experience, the more I work towards something, the more I realize how ridiculously absurd and random life can be. We operate under a comforting illusion of control over our lives. It helps us chase outlandish dreams and build massive civilizations. We'd probably go mad if we truly grasp the precarious balance that gives rise to life, ecological diversity and peace among civilizations. At the very least, we wouldn't be able to get anything done without this wonderful illusion of control. Don't worry, this isn't some nihilist rant. I'm just letting my narcissistic side indulge for a bit.

I proudly proclaim to people that I'm choosy about my friends. Don't get me wrong, I'm quite amiable. It just takes me a while to click with someone and consider them to be a close, personal friend. My mom and a lot of my family think that'd be my undoing. Apparently that makes me seem smug and arrogant. That's not ideal, but if it helps push away people who feign interest in my life purely out of monetary and selfish concerns, I believe that's mission accomplished.

Intelligence has been an obsession of mine since childhood. It's a fascinating topic to study. I've been around enough "failed" geniuses to know how bad self-destructive tendencies can be. Their bitterness and helplessness makes my heart ache at times. Like I've said before, I think I'm above-average smart, but I don't think I'm a genius. Nevertheless, I'm narcissistic enough to view my own intelligence as both a powerful tool and an inescapable curse. Experience has taught me that materialistic things can't buy happiness1. Money does solve a lot of problems, but it doesn't make every single problem disappear. Like most humans, I do seek external validation, but only from people I respect. And my respect is not a given just because he/she went to a good school or works for a huge MNC2. I value people for their kindness, humility, principles, work ethic, emotional maturity, intellect, etc. Spending time with the gems that satisfy my criteria is so satisfying. The problem is it's hard to find these lovely people. If only it were easy to just find them and include them in my life!

Class difference exists everywhere. It's subtle in the Western world. However, in India, it's just out in the open for everyone to see. My motherland is kinda shameless that way. I don't approve any of it. But it is what it is. I've lost count of the number of entitled idiots who believe they're superior just because they went to some reputed school or their Dad is a "big shot". They do most things out of perceived peer pressure. They go into a false sense of achievement, take pride in that and constantly pat themselves on their backs. They talk the most inane shit, discussing only people and objects. Unfortunately, I'm not delusional enough to believe that I'm better than others just because I was born in a certain community or trained to write code for robots3. When I'm depressed, I don't need platitudes disguised as deep philosophy offered by some agent of averageness. Their cliché uplifting music + "deep wisdom" seems to help a lot of people get comfortable and stop panicking. That maybe an appealing trait in the animals we eat. But I don't want that for myself or my friends.

Now in my mind, it seems to be clear that there are 2 kinds of people - those who are honest with themselves and those who aren't. I like to think that I invariably get along really well with the former rather than the latter group of people. It takes a great deal of courage to be honest with yourself. Our brains are really good at protecting us from damaging information. It doesn't care if the information is true or not. In such adverse situations, the brain may conveniently go into denial and preserve our sanity. Learning to be honest with yourself is a long, painstaking process. Not gonna lie, it's going to leave you confused and sad quite often. But it does seem like the only path towards lasting happiness and contentment.

Based on my limited experience, I've found that a large proportion of people in group two tend to be materialistic, self-centered, supercilious, entitled brats. Arguing with them is like banging your head against a brick wall. But they also seem to be really good at projecting an image of a "perfect" life. Now let's get to the twisted part. There's some resentment associated with the fact that people I try and avoid seem fairly happy, whereas some of my friends and I struggle to be barely functional/normal. In the end, for all my "moral" grandstanding, I'm jealous of the very people I find intolerable. The way I see it, I have 2 choices. 1) Join group two, partake in the illusion and pretend to be happy on social media, 2) Deem isolation superior, be super choosy and add to the misery :P Right now, I'd rather be miserable and contemplative than ignorant and blissful. Just might change a few years down the line. Does that make me a self-pitying masochist who fetishizes his own pain?

1 - Watch this wonderful TED talk on the longest study on happiness. I make enough to lead a comfortable life. If I start earning more, I might enjoy a lavish lifestyle. Other than that, my quality of life won't change much. I'd still be interested in solving the same kind of research problems. I have before and I hopefully will continue to pick the right trade-off between money and passion.

2 - There's nothing special about working for Google, Apple, etc. Their PR team has done a great job of convincing people that being a small cog in their giant wheel somehow makes you special. Thanks to my colleagues at Kindred and my mentors at the University of Alberta, I'm very much skeptical of outlandish claims. I try not to accept something just because some authority figure said so. I was trained to be a scientist. Hence, I try to draw my own conclusions based on facts rather than faith.

3 - Many great men and women have walked on this Earth before, looked at the truth without flinching, with courage and forever changed society for the better. This life we live with all technology is their gift to us. I owe it all to these wonderful people who made this knowledge public. If I can learn it, so can anyone. There's nothing special in anything we do. Smart people are probably a plenty. A strange interplay of luck, resources, effort and intelligence ends up deciding your place in society's hierarchy. If you think solving some high school math problem or reciting long, boring religious prose makes you better than your fellow beings, you are seriously misguided.