I went hiking at Algonquin Provincial Park last weekend. And the weekend before as well. All for the sake of watching the fall colours. The mesmerizing interplay of red, yellow and green leaves is still fresh in my memory. 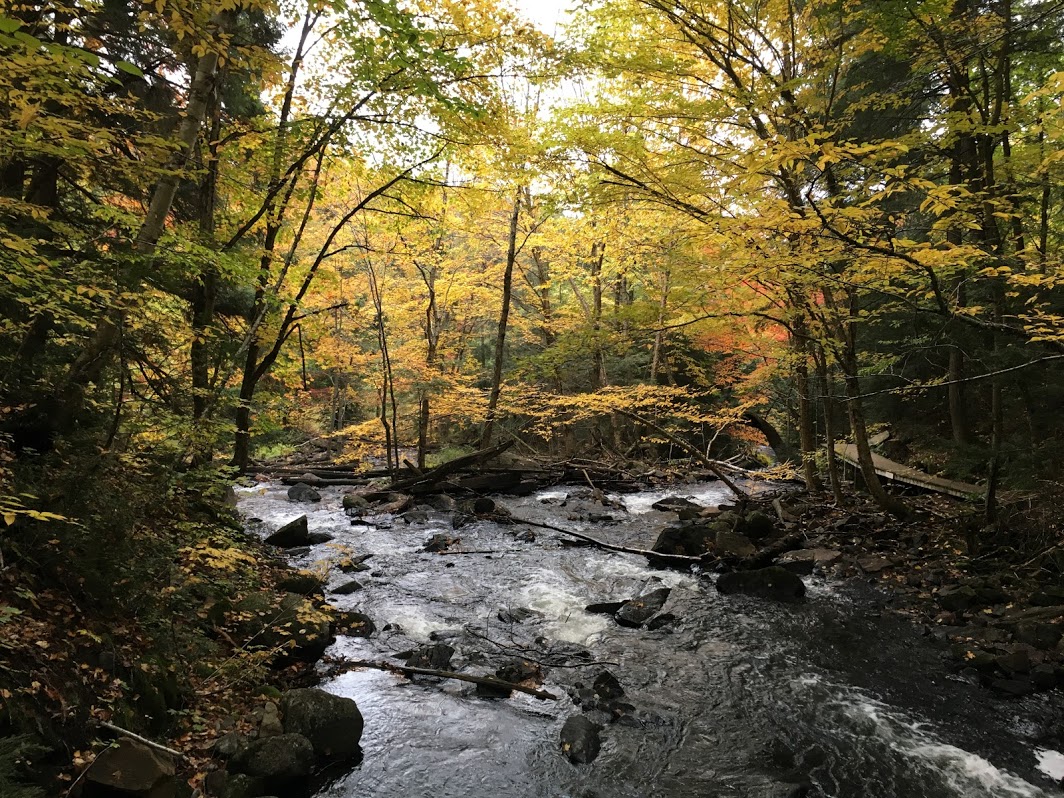 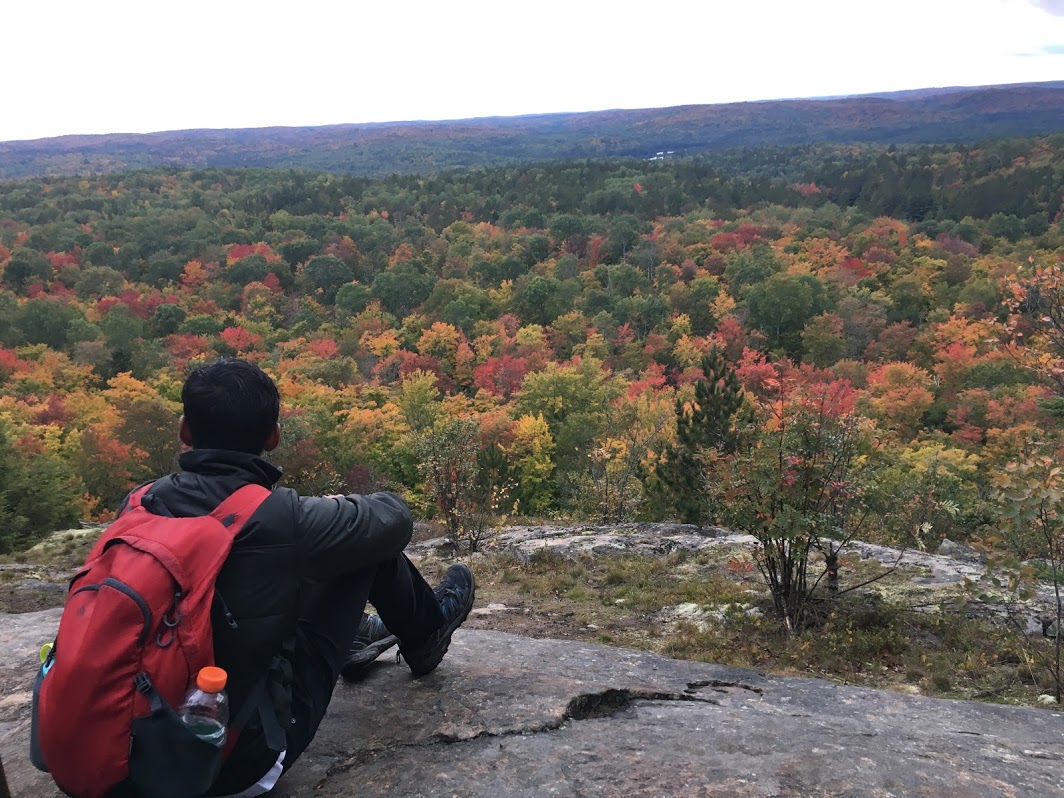 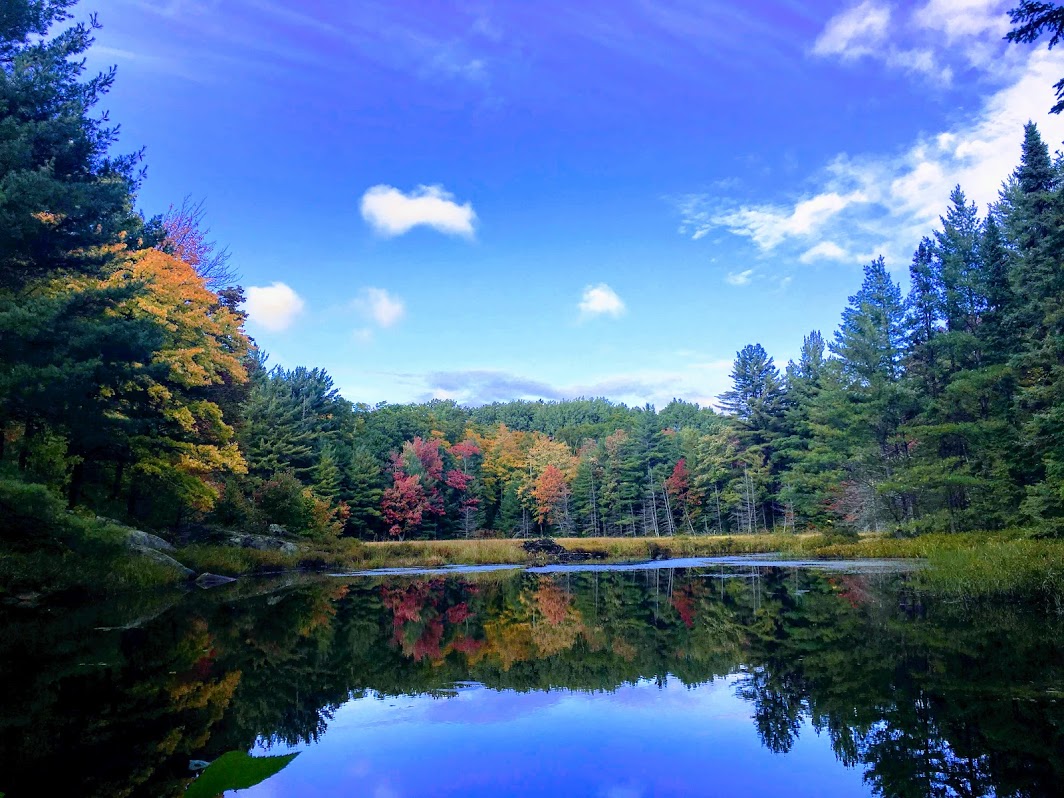 Forgive my amateur shots taken on an iPhone. They really do not do justice to the beauty of fall colours in the east coast. I couldn't help but hum A.R. Rahman's Pachai Nirame while I was there. That was my first introduction to fall colors. I was six when the movie released. I had no idea about cinematography or good visual imagery. But the video drew me in. I'd forever be indebted to Maniratnam and P.C. Sriram for introducing me to the rich, luscious colors in nature.

I was in Mayavaram (aka Mayiladuthurai), a small, historic town in Tamil Nadu when the movie released. My uncle had just gotten married and the entire family was out to watch Alaipayuthey in a local theatre. My brother and I were left at the care of my granduncle and grandaunt (the kinship terms too archaic?). All the ladies in my family were swooning over the lead actor, R. Madhavan. It was his first movie and was already turning into an overnight superstar.

I couldn't appreciate the movie as much when I was a kid. I thought Shalini was pretty, couldn't understand all the fuss about Madhavan and loved all the songs. However, I had the pleasure of watching it again recently. I gotta say, Mani Ratnam is a genius when it comes to details. The middle class lifestyle and sensibilities, those iconic shots of the red electric trains in Chennai, the optimism of the IT boom - it was brilliantly captured. AP International has managed to put together all my favourite scenes in this video. Always manages to bring a smile to my face :)

Alaipayuthey literally means the waves are flowing. Highs and lows, ebb and flow, ups and downs - this symbolism is not restricted just to the title. The story telling is non-linear (transitions between the past and present events) - it oscillates between joy and sorrow, playful and serious, charming and unsavory. It may not be evident to non-native audiences, but the class difference portrayed between the two families is perfect. The off-hand, insulting manner of Karthik's father draws rage and middle class pride infused response from Shakthi's family. The tension on screen is palpable. In the imaginary world of Tamil Cinema, love stories end when a couple gets married and they walk into the sunset. But this movie also deals with life post-marriage. The petty squabbles, off-the-charts chemistry, family sentiments, jealousies, etc., are all portrayed with the classic Maniratnam touch. Only Mani Ratnam and A.R. Rahman could make a nuptial mantra (Mangalyam thanthunanena) sound cool. The reimagined rock version of the mantra just brought it to the 21st century.

Mani Ratnam simply writes the best endearing terms for a woman. Who needs the fake Indian darling, babe or whatever when you have the simple "Hi Pondatti". This scene right here is pure on-screen magic:

I could go on and on. But I'll end this post with a cult scene that's become a part of my life. Whenever I'm in a happy mood and riding a motorcycle, I can't help but bob my head, smirk, act all cool and sing endrendum punnagai :)